FDA Flavor Ban Will Lead Vape Shop to Shut Down 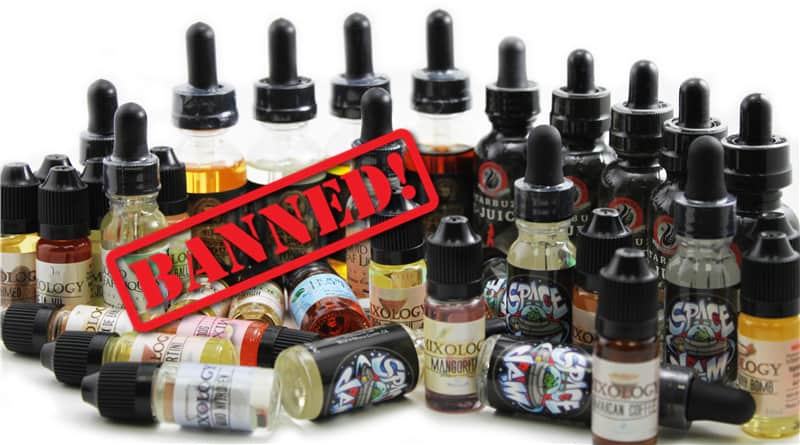 Vape shop owners worry that FDA’s proposal to ban fruity-flavored e-cigarette will put them out of business.

The FDA is proposing to restrict sales for most flavored e-cigarettes and eventually remove some fruity flavors from the market in an effort to make the habit less appealing to teenagers.

Young people are already restricted from buying e-cigarettes at vape shops. They are asked to show identification and are not permitted to buy vape products unless they are 18, McAvoy said.

He said the problem is young people can buy e-cigarettes and vape products online and he believes that should be restricted. Tech-savvy teens are asked on websites if they are 18 to make a purchase and he said they could lie about their age, type “yes” and receive the products.

Read more: Its not vape shops who sell more vaping products to teenagers.

“When it comes to teen use, the biggest problem is online sales. Teens see what flavors they could get online on their phones and they’re sent to their houses. Most of our customers are over 25,” he said. “They’re trying to pin it on the flavors which, in my opinion, is not the issue. It’s having it available to purchase online and at convenience stores.”

Inside Vape Dragons in Wilkes-Barre Twp., McAvoy showed many popular flavors of e-juices he sells including green lemon, triple strawberry and “really berry.”

If the FDA removes fruity flavors from the market, he said vape shops would be left with only menthol and tobacco flavors and would have to close.

Vape shops already were penalized with a 40 percent tax on products that must be passed on to customers, he said. That has already caused many businesses to shut down in Pennsylvania.

As a result of the tax, he said vape shop owners needed to tighten their belts to the point that they have little profit.