Should You Worry Newcomers Vaping E-Cigarettes?

This post we are going to discuss Should You Worry Teenager Vaping E-Cigarettes?
First of all, Olivia wants to say all we discuss this site target those teenagers who older than 18 years old. 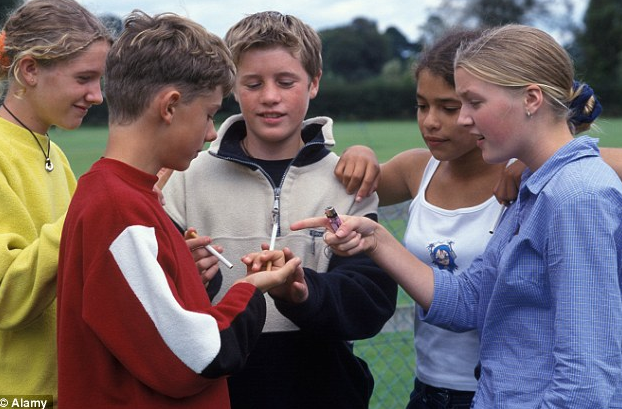 The FDA prohibits e-cigarette manufacturers from claiming their products are safer than smoking, a tool to quit smoking, smoke-free, or even that they don’t contain tobacco

On the other hand, smoking is more dangerous than Vaping.
That the reason why Olivia share several articles about use Vaping quit smoking:
Wellon Vape Expert Suggest Use E-cigarette Quit Smoking
Have you Attempt New way for vape quit smoking?
Wellon e-cig experts suggest most Smokers Should Turn to Vaping
Or try to join Teenager Vaping Group:

Vaporizer Save money than smoking?

Yes, absolutely.
Although how much you will save depends on several factors:
How much cigarettes or tobacco costs where you live.
The amount you spend on devices (this becomes a hobby for many!)
That said, with a good setup you should be able to save considerable amounts of money, and the more focused on saving money by vaping you are, the more you will save.

Being prevented from advertising truthfully any of the real benefits of vaping, the few manufacturers that advertise at all to general audiences naturally fall back on tried and true ad techniques: celebrities and glamorous imagery.
And that has earned them accusations of “using the tobacco playbook” to trick teenagers into “a lifetime of nicotine addiction.”
The real benefit of these ads is to the worn-out politicians who grab hold of anything they can blame on “Big Tobacco.”
So the know-nothing political hacks blame EVERYTHING on Big Tobacco!
Who’s pushing “child-attracting” flavors like cotton candy and gummy bear?
Big Tobacco. Who’s behind the epidemic of exploding vapes? Big Tobacco.
And whenever an opportunistic pol finds a friendly microphone, the media are there to dutifully report that vapor companies are “using the same tactics and ads used by Big Tobacco that proved so effective.”

If you are faced with committed teenage smokers (who are probably also using other prohibited substances like drugs or alcohol), perhaps the best you can do is foster switching to e-cigarettes. Of course, do explore their interest in getting help with quitting smoking from quit-lines. For less-involved users of e-cigarettes who do not smoke regular cigarettes, encourage that regular use be avoided and that nicotine use be limited as much as possible.

Telling a teenager that vaping is just as bad for you as smoking or that e-cigs are worse than tobacco cigarettes could push them toward cigarettes and is not justified. It makes more sense to tell a young person that it is much better for their health if they stay away from tobacco cigarettes or cigarette-like tobacco cigars completely.

If you have teenagers who already both smoke and vape, encourage that they work to avoid cigarettes completely, and vaping could help them do so.

If you have any other questions about Teenager Vaping E-cigaretee or Vape101, please do not hesitate to ask wellon vape experts.